skip to main | skip to sidebar

I have been infected with the Splotchy virus by (0)(0). I have no idea whatsoever what's going on. But I love a good story, so.....

I had been shuffling around the house for a few hours and already felt tired. The doorbell rang. I opened the front door and saw a figure striding away from the house, quickly and purposefully. I looked down and saw a bulky envelope. I picked it up. The handwriting was smudged and cramped, and I could only make out a few words."(Splotchy)

Despite the throbbing pain in my knees and the dull ache in my lower back, I bent down slowly and picked up the envelope...
Oh no. It did not say this, did it?
Oh yes, it did. It did.
The handwriting was familiar in a way that inspired a cold sweat and a bout of nausea. It was the penmanship of my former husband. You know - the one that was presumed dead.
He disappeared in a suspicious blogging related accident a number of years ago and was never heard from again. I was devastated. I had hated the blog, loathed the thing. What began as a hobby that took but a few minutes a day had morphed into an addiction, the proportions of which could not be measured. It was pure evil.
The blog turned into a cruel and demanding mistress and her siren song was more than I could compete with. One day he left for an evening event, never to return again.
All fingers pointed to one blogger, but I could never get the charges to stick. That one is slick- slick, slick, slick. He can talk a good game and write like nobody's business. But there is something about him, it just is not right.
So my husband was gone, that other one kept blogging and I had to rebuild my life, which I did.
So I finally had the bastard declared dead.
And now this. (FranIam)

Suddenly the phone rang, and I felt like I was ten inches tall and eerie music was playing in the background. I went to pick up the phone and the music stopped.
"Hello?"
Dial tone, no one was there. I glanced back to the door, and there he was. He rushed me and rose his hand and...

Suddenly the phone rang and I just had that "black cat, Friday the 13th" kind of feeling. I looked out into the world. No one, no one was about. I closed and locked the door and went to answer the phone.
"Hello?"
Dial tone, no one was there. I glanced back at the door and it was locked.

I directed my attention to the envelope, abruptly, I heard a knock at the door.(Wyldth1ng)

I waited, rooted to the spot. There was another knock. Still I stood waiting. I could hear my heartbeat in my ears. The knock became louder, more insistent.

Suddenly, the room was flooded with bright light. My eyes flew open and I was staring again at the speckled, drop ceiling tiles above me.

"Wakey, wakey," came the sing-song voice of the morning shift nurse Maryann. Shit. When would I ever stop having that dream? And what was I doing in bed with Suzanne Pleshette? (0)(0)

I craned my neck to the right and looked at her. Damn, the woman had aged well. She spoke, in that luscious, whiskey-soaked voice I remembered so vividly.

"You were dreaming again, doll." Cigarette smoke curled out her nose, clouded her green eyes for the tiniest moment. As I looked at her Maryann was busily strapping a blood pressure cuff to my right arm, carefully avoiding the IV tubes on the left. It was the IV tubes, finally that did it, that made me remember taking off in the Cessna, ditching in the swamp, and waking to find him-- the bastard-- hovering by my bedside, waiting for me to kick, waiting to cash in.

Of course, there he was. His back to the door, those gray eyes oozing false concern. I felt a sickness sweep over me. Where was the phone? Where were the cops? Where was the plot continuity? (Magdalene).

This is very wonderful... to think of the pathways that these things go down.

I laughed pretty good for this one.

Thanks a lot for being infected.

Yowza! I thought I'd commented, but it didn't take!

I love what you did with this. Perfect. And I love your style.

Magdalene6127
A liberal pastor whose heart is strangely warmed, and whose affinity for a much maligned biblical figure is sort of an obsession.

What time is it, darling? 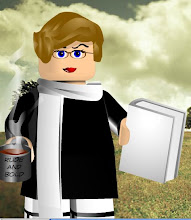 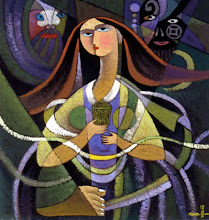